Given that the definitions for Fantasy and it’s sub-genres vary, my parameters for categorization follow along these lines, loosely, and there is tremendous overlap

1. Fantasy Fantasy as a genre, commonly uses magic and other supernatural phenomena as a primary plot element, theme, or setting. Setting often takes place in imaginary worlds where magic and magical creatures exist, generally gaining inspiration from mythology and folklore. Within such a structure, any location of the fantastical element is possible: it may be hidden in, or leak into the apparently real world setting, it may draw the characters into a world with such elements, or it may occur entirely in a fantasy world setting, where such elements are part of the world.

2. Urban Fantasy is a sub-genre of fantasy defined an urban setting. Many urban fantasies are set in contemporary times and contain supernatural elements. However, the stories can take place in historical, modern, or futuristic periods, and the settings may include fictional elements. Here the fantasy cast within the real world by means of alien races, the discovery of earthbound mythological creatures, coexistence between humans and paranormal beings, conflicts between humans and paranormals.

3. Dark Urban Fantasy is a sub-genre of UF replete with themes of a darker nature.
Darkness, death, violence, sex, and blood permeate stories dealing with paranormal characters and their urban landscape. A struggle typically exists as characters cope with latent magic and it’s effect on humanity or a notion of fallen as in-between the good versus evil dynamic or the this world/other world distinction.

5. Paranormal: Paranormal fiction is a genre of fiction whose storylines revolve around the paranormal. The most prevalent themes involving vampires, shapeshifters, ghosts, or time travel, paranormal romances can also include books featuring characters with psychic abilities, like telekinesis or telepathy.

6. SteamPunk. Steampunk is a sub-genre of science fiction that typically features steam-powered machinery, especially in a setting inspired by industrialized Western civilization during the 19th century. Steampunk works are often set in an alternative history of the 19th century’s British Victorian era or American West, set within in a post-apocalyptic future during which steam power regains mainstream use, or in a fantasy world that similarly employs steam power. Steampunk perhaps most recognizably features anachronistic technologies or retro-futuristic inventions as people in the 19th century might have envisioned them, and is likewise rooted in the era’s perspective on fashion, culture, architectural style, and art.

7. CyberPunk is a subgenre of science fiction in a near-future with plots centering on a conflict among hackers, artificial intelligences, and megacorporations. The setting tends to be cast in a near-future Earth, rather than the far-future settings or galaxies. The settings are usually post-industrial dystopias but tend to be marked by extraordinary cultural ferment and the use of technology in ways never anticipated by its creators. Very reminiscent of film noir aesthetic. 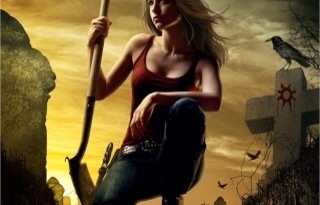