I grew up in a small, dusty hamlet in southeastern Illinois. I tend not to mention the name, because most people readily admit they have no idea where it is, and that’s perfectly fine. Other folks chew on their bottom lip, and think they might have heard of it, driven through it, or know someone who might have heard of it or driven through it at some unspecified time in the past.

Let me assure you, few people have ever driven through it.  As for hearing about it? While possible, its not entirely likely – I gravitate towards telling people that its “middlin’ between Bone Gap and Blood” – of course Bone Gap has 272 residents, and the town of Blood is long gone, a mere relic of old timey maps.

But, hey, the devil’s in those pesky little details, I say. 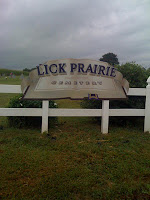 Anyway, my hometown is one of those classic small Midwest towns – it has a grade school, a grocery store, a small library, a town square with dated playground equipment, two gas stations, a bank, a post office, a lumber yard, and four churches. That’s about it.
The houses aren’t those charming Victorians you see in reruns of The Andy Griffith Show – most of them are old, small, and habitually square with an old hound sleeping on the porch.

Rush hour is that four minute window before and after church services on Sunday mornings and Christmas Eves.
For most of my youth, the big event was The Chowder and Homecoming.

For those of you who think that chowder is heavy fare, suitable for hunkering down over while a nor’easter rages outside – well, we did it just a little different in Southeastern Illinois. See, the Chowder is always held in the heat and humidity of the summer – not just a bowl of soup, but a community event. And, if you check the latitude and longitude [38:32:11N 87:58:32W], you’ll see that it sits dab smack in the soft, white underbelly of the Ohio, Mississippi, and Wabash River Valleys on the banks of the [not so] mighty Bon Pas. 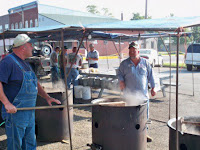 In the days of yore, folks donated cabbage, string beans, peas, carrots, potatoes, corn, onions, lima beans, okra, tomatoes, beef, chicken, pork, rabbit, and other sundry game to the cause. The women folk would bake cakes and pies and rolls, while the men folk would stand for hours over wood fires, stirring steaming, waist-high tubs of fragrant potage until it cooked down into semi-viscous gruel.

While most years the chowder was a delicious rite of summer – there were many others that found it to be a little overcooked, a bit bitter, and a whole lot inedible.
Still, the hearty folk ate it with pride and with gusto, because that was simply what you did. 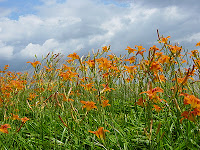 It wasn’t about being good, it was about sitting in lawn chairs under the maple trees, visiting with town folk you haven’t seen in a while, catching up with those who’ve moved on to greener pastures, and remembering the ones that are no longer with us.
All the while hoping your sister, who was passive aggressively vying for the title of Chowder and Homecoming Queen, wouldn’t proudly proclaim that “shopping and drinking cheap red wine” were her hobbies during the interview portion of the competition.
I left my hometown when I was 17, but I’m still a small town girl at heart.  Probably always will be.
Don’t get me wrong, I’ve lived a hundred lives in the twenty-eight years since I packed up the car and went off to college.  I’ve worked some pretty cool jobs, travelled the world, and learned to play the mandolin. 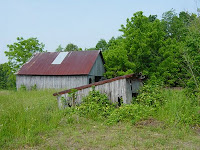 But, I’ve always read books – lots and lots of books.
I got my Kindle in October of 2009 and immediately started building a lesbian literature e-library – and I say ‘lesbian literature’ because it includes a lot more than fiction.  My e-library is approaching 500 titles, and I have a shelf or two of older hard copy books.   I don’t focus solely on lesbian authors, although they do comprise the overwhelming majority of my library.  I’ll admit to being curious as to how non-lesbian identified authors handle the subject of lesbian protagonists, antagonists, and storylines. 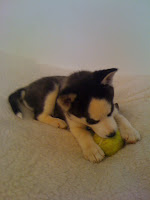 The Rainbow Reader blog is the love child of an 8-week old Siberian Husky named Lucy and a large pot of Starbucks Sumatra.  Lucy is a morning girl, and routinely practices vari-pitch, downward dog yodeling to welcome the sunrise, which means my coffeepot and I bond early and often.  One early morning back in February, I was perusing the offerings of publishers and book distributors while looking for a few good reads, and it hit me that even after consulting handfuls of reviews, buying any given book was still a crap shoot.
I’m not saying the existing reviews were bad, just that they weren’t giving me what I wanted – with “I” being the operative word in that sentence. And, what “I” wanted was more than a repeat of the book’s synopsis, and a few words that declare “good” or bad”.  I was on a Gerri Hill kick at the time, so I just started writing down my thoughts on The Target. 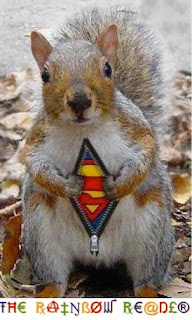 Ultimately, I want potential readers to have enough information to make a sound buy/no buy decision, and I want to ensure authors have feedback on what works and what doesn’t. I want to give new authors a chance to find a wider audience, and see established authors have an opportunity to reach readers that haven’t found them yet.  The publishing houses and distributors need to sell books to stay in business and fund their authors future pursuits, and those authors that are self-publishing need additional voices to get the word out so they can keep writing.

One thing is abundantly clear – I know that a ‘thumbs up’ or ‘thumbs down’ by me doesn’t necessarily represent the opinions of all readers and authors, but that’s the beauty and madness that is The Rainbow Reader.